The arts connected to organising continue to be a powerful way to develop spaces for education, learning, research, and activism. The Artists’ Bloc denounces the oppression, exploitation, racism, and exclusion immigrant workers experience. Part of this struggle is the current Fifteen dollars (15$) campaign which has been firmly propelled by immigrant communities and workers.

The 15$ campaign, though it was first rooted in more grassroots organizations, has now been taken up by Quebec’s major labour organizations, the FTQ and the CSN. The Artists’ Bloc has developed theatrical performances throughout this campaign regarding the empowerment of workers to defend their grassroots organising efforts from right-wing arguments. The production of visuals and the representative giant sculpture of the 15$, performances including agit prop and original song, all support the campaign through the production of voices and videos to gather popular opinion and in order to keep gaining momentum. 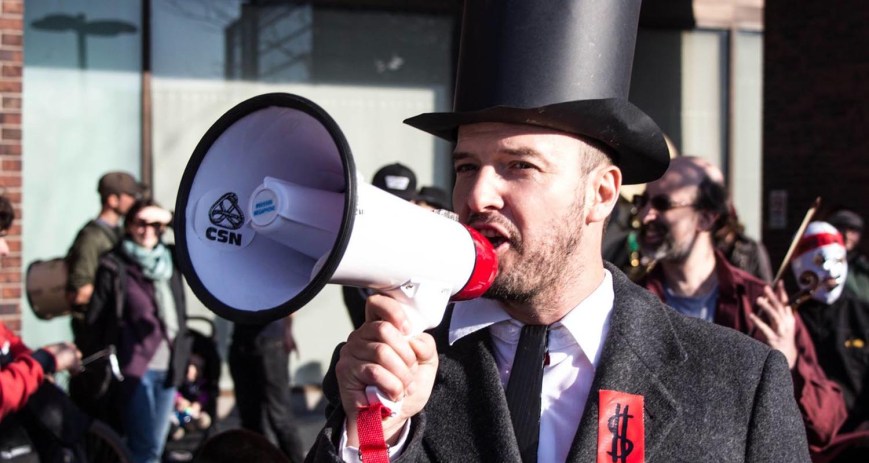 Artists’ Bloc members have participated actively in the mobilisations and rallies developed over the course of 15$ campaign built in Quebec. These actions on the ground and the solidarity between them will be vital in bringing the campaign forward, and the Artists’ Bloc is committed to support these efforts with more creative and artistic actions deployed by its members.